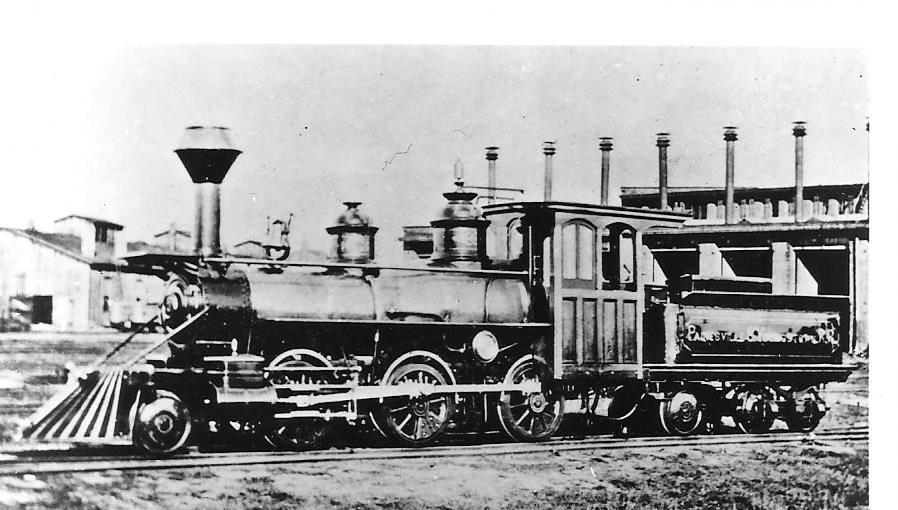 The B&O Lake Branch was the first narrow gauge line in the state for common carrier business, and was built within two weeks of the Denver & Rio Grande Western narrow gauge in Colorado. By the term “narrow gauge,” it is meant that the distance between the rail heads was 36 inches instead of the standard 56 1/2 inches.  Company was organized in 1870. It bought the partially constructed Painesville & Hudson RR. Trains were running between Painesville and Chardon by January 1873.The line was extended to Niles in 1874 and was later extended to Youngstown. The line is 61.8 miles in length. In 1877 the line went into foreclosure and was sold to three business men in 1879, who renamed it the Painesville & Youngstown Railway Company. In 1886 the line was leased to the Pittsburgh & Western RR., was known as the PP&F – the Pittsburgh, Painesville & Fairport. which was acquired by the B&O in 1890. The line was standard gauged in 1886 Later, B&O employees referred to the PP&F as the Puff, Pant & Fart.

Physical Plant                                                                                  p. 2 The line had a steep grade (Swine Creek Hill 1.85%) from West Farmington to Summit Siding, just south of Middlefield. Coming away from Fairport Harbor and Lake Erie, there was a steep grade of 1.7% , southbound, to Chardon. The diamond crossing the Erie at DeForest Jct. was installed in 1886. ? From 1874 the diamond at BO tower was A&GW 6 ft. broad gauge and P&Y 3 ft. narrow gauge. The A&GW (Erie) (1863) was standard gauged in 1880 and the P&Y was standard gauged in 1886. Deforest Jct. DeForest Junction got it’s name from the DeForest family that owned the land from the late 1700’s to the early 1800’s. There was a car shop, and later a new engine house (built during WWI by the government) at DeForest Junction. The B&O later tore the building down. The concrete base is still visible.
The Tribune dated 1/25/1893 reported that the Pittsburgh & Western was to move the Division headquarters from Painesville to DeForest along with a new car shop. The P&W bought 54 acres of land at Deforest. The shop workforce was projected to be about 500 men. The shop of this size was never built. The small cars shop remained until 1901. The car shop was closed and moved to New Castle in 1901. Between 50 and 75 men were employed there just to run the shop.
There was a caboose shop at Painesville.
There was a three stall engine house at Painesville.  1899 DeForest Junction  becomes a crew change point and was the P&W Division HQ until 1901. There was depot at DeForest Rd. It was a combination depot, office, hotel, with a lunch room. It was called the Hotel DeForest. The hotel burned down on Sept. 26, 1910. The building had been vacant for several years and the owners had no insurance.

At Deforest Jct. was a wye for turning locomotives, even as large as an EM-1. There was also a coal dock for fueling locomotives, and a water tank. Water tanks:
Were at DeForest, W. Farmington, Burton. Possibly at Chardon and Painesville. There was a wye at Burton with the connecting Windsor Branch branch that also led to a quarry at Windsor.

Warren, Oh. Stations Combination station, hotel, lunch bar at DeForest Jct.  – burned down 1910.
Elm Rd. was the original station in town – across from the Custom Sound Company. 1899 Trumbull County Atlas shows that the station was there at least until 1899.
Warren station was later moved to North Park Ave. after 1900.

Interlocking Towers
P tower at Deforest Jct. (Erie)
BO tower at North Warren  (Erie) – Torn down 1954
Possibly one at Summit Siding
PE Tower in Painesville (NKP)
A NYC tower in Painesville.
Stations still standing: Champion, Oh. – a building on the former station site at SR 305 and State Rd.
Middlefield, Oh.
Burton – now moved to the Century Village in Burton. This may not be true. This could have come from the CT&V RR.
The Dock at Fairport Harbor
The first coal was shipped to Fairport Harbor was in the mid-1870’s. By 1877 200 tons a day were being loaded into ships (loaded by hand). The first iron ore was shipped to Youngstown in June of 1879.  The Bartlett elevator machine was put into operation in 1892. The McMyler coal dumper replaced it in 1906. During WWI, it is said that about 30 trains
a day were operated over the Lake Branch. Shipment of iron ore from the Fairport Harbor ore dock ended in 1943 as it was obsolete at that time. The McMyler dumper continued in operation until Dec. 4, 1964. The dumper could only handle 50 ton cars and was considered obsolete at that time. Coal traffic continued to Painesville, however, with the coal being interchanged with the New York Central for forwarding.  The peak year for coal dumping was in 1928.  (1,855,000 tons)
Grain elevators at Fairport Harbor were owned by the B&O.   The Fairport Warehouse and Elevator was built by the railroad (B&O?) in 1891 and had a capacity of 1 million bushels. It was later sold to Staley. The elevators were filled with soy beans.
Diamond Alkali built a chemical plant at the harbor in 1912 to provide soda ash for the Pittsburgh glass industry. Fairport also had other industries including commercial fishing, Fairport Machine Shop – repaired ships; a brick works, Cleveland Leather Co.

Operations
At one point, up to 30 trains a day were operated over the branch.
Track speed on the branch was 30 mph.
Most trains were about 80 to100 cars in length weighing about 7200 tons.
Train symbols  PV-92, PV-97 Other trains:
The district run ran from DeForest to State Road.
In later years,the Lake Local (to Painesville) left DeForest Jct. MWF and returned on Tues. Thurs., and Sat.
Coal trains were run as “extras”.
The switching job at DeForest was called “The Bat Out” because of kicking cars in the yard. The B&O kept one 0-8-0 just for this job because of the fast acceleration required.
Helper engines usually backed down from Painesville to Failes Spur to push W/B trains up Swine Creek hill. One time, prior to 1943, it took seven 2-8-0’s to get an ore train up the hill out of Painesville.
Road trains originated at New Castle, Pa. and terminated at Painesville and vice versa. The Lake Local ran six days a week as far as Harbison-Walker in ChampionThe Lake Branch was all steam until December 1948. After that, the local was dieselized, but the regular freights were still steam powered until the Fall of 1956. Switching was dieselized with ALCO S-2 switchers. Coal trains were run as extras.

Unusual Occurrences May 25, 1950 – Head on collision at Failes Spur at 3:15 AM
Engine 7206, a 2-8-8-0, was being used in helper service and was  in the spur waiting for the next train. Engine 7159 had a train of 80 cars heading toward Youngstown. Engine 7180 ran through an open switch into the spur and hit 7206 head on, killing the engineer and injuring the flagman.  The cause was that someone on the helper crew did not close the switch leading into the spur track.
In the September of 1956 EM-1’s 7625, 7603, & 7611  headed a train up Swine Creek hill. Usually, in the case of using three engines the train would stop, allow the first engine to pull into Failes Spur. The other two would pull the train past the spur switch and the engine in the spur would get on the end of the train to push it up 1.85% Swine Creek hill to Summit Siding or on to Chardon. In this case, the crews didn’t want to do that and had all three engines on the head end. While climbing the hill the three engines pulled the train apart, pulling out the draft gear about four cars back in the train and string lining the train. Too much power on the front of the train and this was never repeated.

The EM-1 locomotives, built during WWII were the largest steam locomotives ever operated by the  Baltimore and Ohio Railroad and the largest locomotives operated through the Mahoning Valley by ANY railroad. They were originally designed for mainline use on the Cumberland Division’s St. Louis mainline but were transferred to the Akron Division and the Lake Branch in 1952 where they spent the rest of their careers pulling coal on the Lake Branch and iron ore from the port of Lorain, Oh. to Republic Steel in Warren.
When new, the B&O Public Relations Department featured them in their advertising. The locomotives were equipped with roller bearings on all axles and one locomotive was pictured with three men pulling one on level track with a rope to demonstrate how friction free they were. Keep in mind that engine and tender weighed over 1 million pounds.
Another PR ad said that the firebox of the EM-1 was so big that you could hold a dinner party for twelve people in it!
The last EM-1 ran on the Lake Branch about Labor Day 1956.

Detroit Steel Special – This train did not run to Painesville. It was a train of finished steel destined for Toledo for interchange to other railroads for delivery to Big 3 auto stamping plants. It stopped at Deforest Jct. to pick up steel coils made at Republic Steel in Warren for Detroit area stamping plants.

Probably started out in the 1920’s as a Glenwood (Pittsburgh) to Toledo train mostly loaded with steel. The eastern counter part was the Eastern Steel Special which handled steel slabs for YS&T out of Indiana Harbor.

The DSS would stop at Youngstown and Warren to pick up carloads of coiled steel for use in Detroit’s auto industry. B&O handled the train to Toledo where cars were interchanged other roads that forwarded the cars to auto plants in Detroit or other Michigan cities.

By the middle 1950’s trucking cut into quite of business of the DSS. The train was then called out of New Castle and was kind of a jack of all trades train.

1982 – The end for the Lake Branch. Traffic could not justify the expense of operation on the branch. The ore business was gone, the coal business was  gone, and traffic had fallen off in a big sense, so that Chessie System, now owner of the line, decided to abandon it. 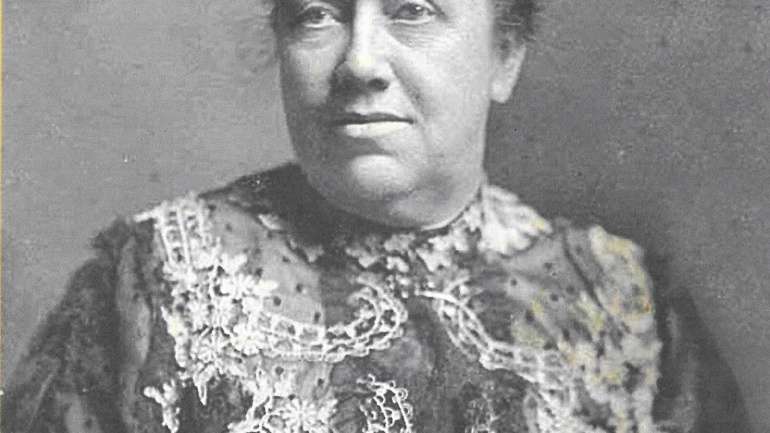 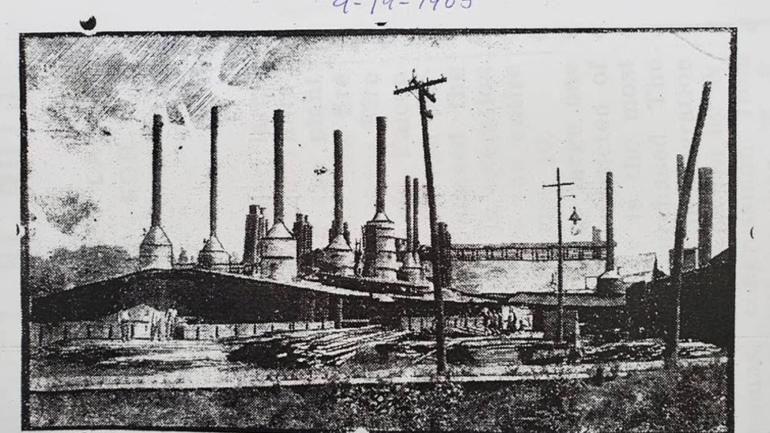