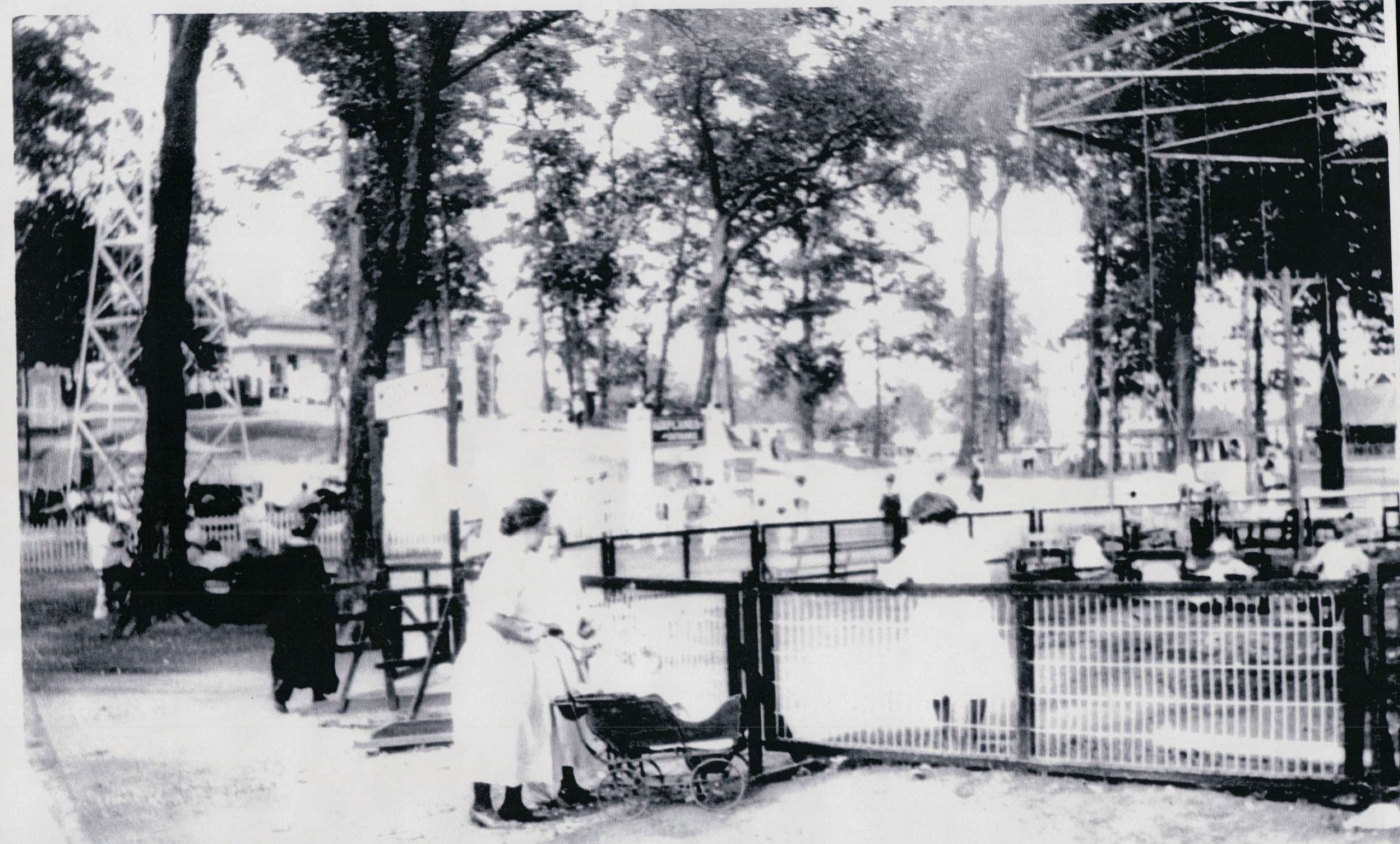 In 1912 The Mahoning Park and Land Company, paid $25,000  for a 212 acre farm and park in Leavittsburg owned by the estate of E.W. Gillmer.  The purchase was considered important in the future development of the upper Mahoing Valley.

The property skirted the Mahoning river for three-fourths of a mile and included the beautiful maple grove known as the Gillmer grove, which was a popular resort for campers and picnickers for many years. This property was located near the trolley lines and railroads making it accessible from all points of the Mahoning Valley.  The property was sub-divided and sold in lots. The neighborhood surrounding the park was filled with cottages belonging to “Out-of-towners” who chose to spend their summers near the river.  A dance hall was added to the park in 1915.

In the spring of 1920 J.L. Herbold became manager of the park.  It was at this time the park secured good orchestras from various cities nearby so that dance music was always an attraction.  In addition to the dance hall a boat house in the park had a supply of row boats and canoes that could be rented, there was also a bathhouse provided for the convenience of those who wish to take a swim in the river. The land was a beautiful spot in Trumbull County known by many travelers through this part of the country.

The park also featured many interesting amusement rides of the day and the concessions on the midway consisted of a penny arcade, novelty and candy booths, a shooting gallery, a hot waffle stand and popcorn and peanut stands as well as a restaurant and a movie theater.

Yearly regattas and swimming meets were held between Mahoning Park and Canoe city. To get from canoe city to Mahoning Park there was a water taxi service.