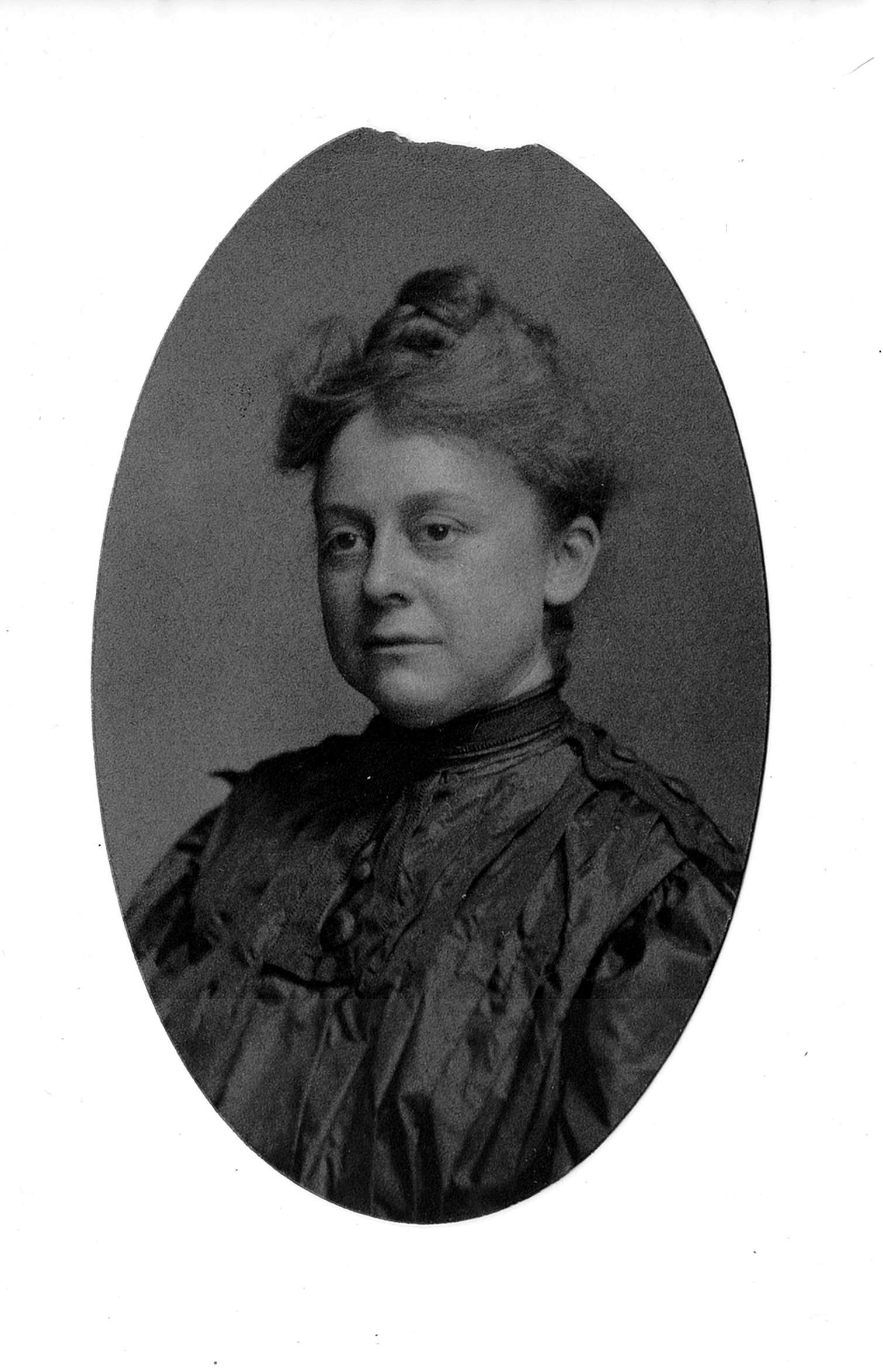 Alaska Packard, or Al as she was more commonly known, grew up in one of the largest homes in Warren, the oldest daughter of one of the wealthiest families. She was born March 1, 1868 to Warren and Mary Doud Packard. That was about a year after Pres. Johnson arranged to purchase the territory of Alaska from Russia. The family lived on N. Park next to the Park Hotel on Warren’s Courthouse Square at that time. It is the site of the Packard Block today. The family moved into a large mansion on High Street at Mahoning Avenue in the mid 1870’s.

She attended public schools for her elementary years but there is no actual evidence she had any higher education, although that is hard to imagine considering her mother was a graduate of Warren High Schools second graduation class and was known to be a very progressive woman. Jean Marshall from Pittsburgh is mentioned many times in family diary’s and society columns in the newspaper as a childhood and school friend of Alaska. He brother W.D. also mentions Alaska visiting him in New York City and going to Bethlehem, PA to visit friends, where there was a seminary for young ladies run by the Episcopal Church. May Packard was a very devote Episcopalian so this is very possible where she might have sent her daughter to school although no records for the school have been found.

Alaska was a well-known equestrian, winning awards at county fairs in her teenage years. She also enjoyed riding bicycles with her siblings. One amazing fact is that in 1890 Al was put in charge of the newly opened New York and Ohio plant. This is remarkable as it was not usual for a women to be the head of what was at that time a very modern factory.

Alaska and Banks McCrum, a very close friend of W.D., were married Nov. 8, 1893. A daughter was born to them on Nov. 20, 1894. In 1900 Alaska divorced Banks and her daughter Esther was living in the state hospital in Columbus, Ohio which was known at the time as the “Institution for Feeble-Minded Youth”.  Esther passed away of pneumonia in April, 1902, and is buried in Lordstown with her maternal grandmother’s family.

Alaska was married the second time in 1905 to James B. Davidson, a Warren native well known to the family. According to the census in 1910 they lived in Pittsburgh, PA and he was a farmer. In 1911 Alaska purchase over 100 acres in Accotink, VA. Next door to Mount Vernon. Alaska and Jim lived in VA for the rest of their lives, raising horses and dog.

The most interesting fact about Alaska Packard is that she is considered to be the first female FBI field agent. She served as a Bureau Special Agent from 1922 to 1924 when she was in her mid 50’s. Some information I have heard is that an attorney convinced her to join although this has not been confirmed. This was the time of the Mann Act, also know as the White Slave Act. J. Edgar Hoover became head of the FBI in 1924 and did not believe women could be field agents so the 3 that were hired were asking to resign. There were no female field agents in the FBI until after 1972 when Mr. Hoover retired.

Jim Davidson passed away in May, 1929 and was brought back to Warren and is buried in his family’s plot in Oakwood. Alaska continued living on her farm with her dogs until July 16, 1934. She is buried with her daughter, mother and maternal grandparents in Lordstown.