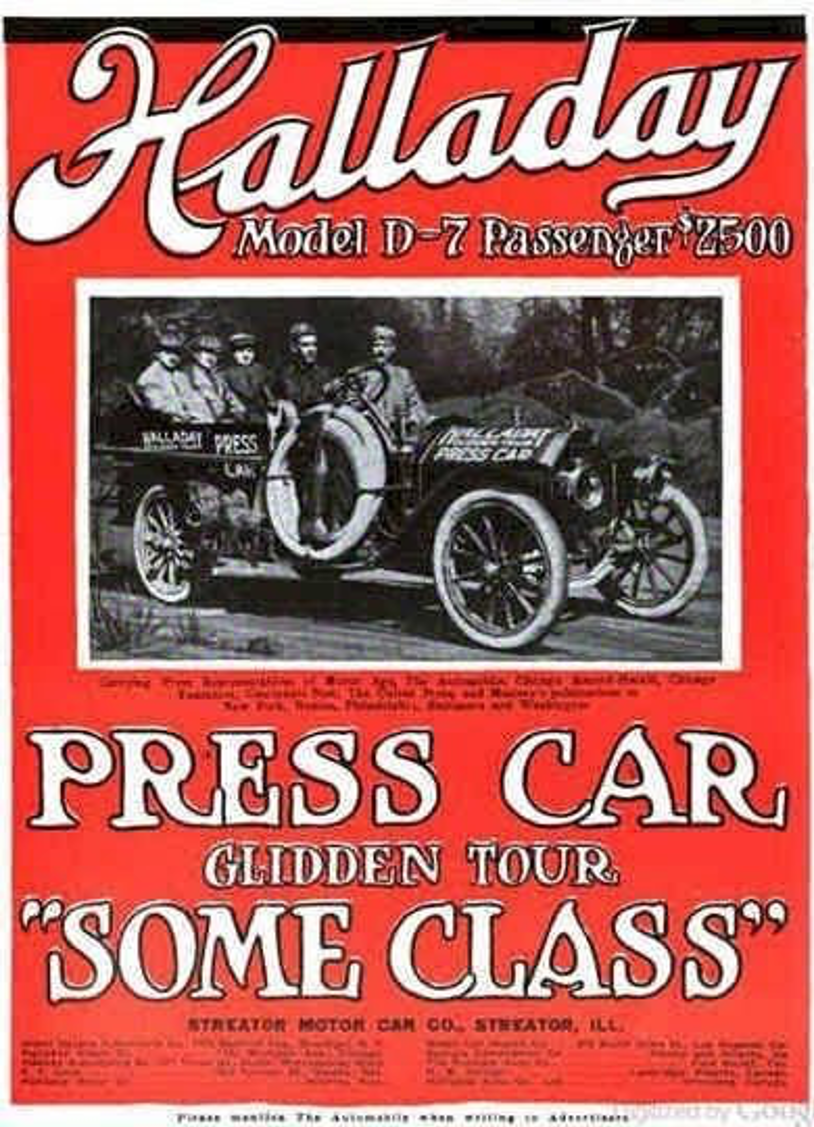 This company manufactured cars in Warren from 1917 to 1920 when the company moved to Newark, Oh. Three models of touring cars were produced in Warren. Model S, Model R, and Model O. They came equipped with a Rutenber 6 cylinder engine that produced 50 HP.

After 1920, this company moved to Newark, OH., where it continued to make cars until the company went out of business.