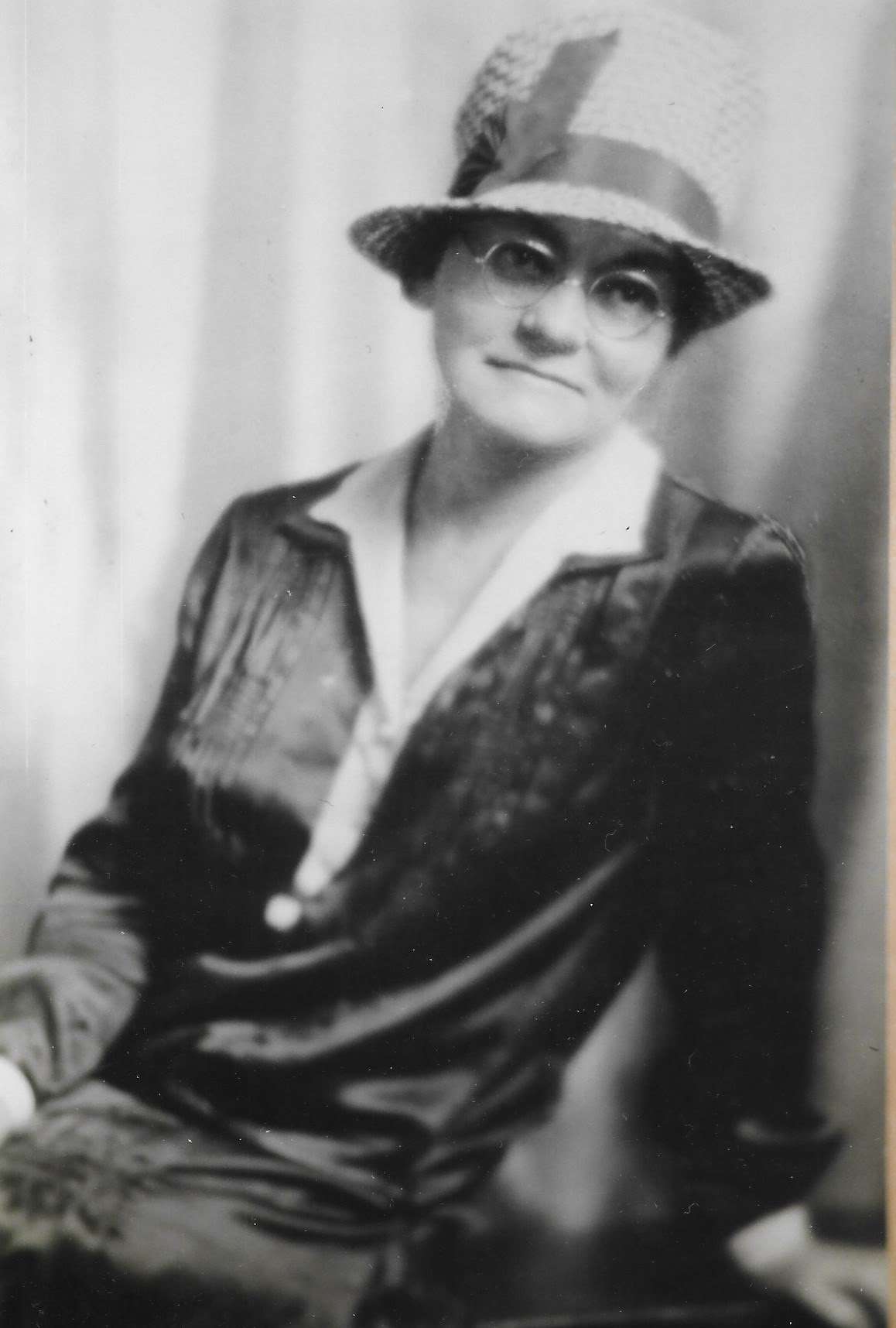 Submitted by The Upton Association and Kayla Metzger

Elizabeth Hauser was born in Girard, Ohio to David and Mary (Bixler) Hauser on March 16, 1873. Hauser was an active participant in the Women’s Suffrage Movement beginning at the young age of 16, when she became involved in local, state, and national suffrage organizations. Hauser received a high school education and began a career in journalism working at the Girard Grit for three years.

In 1895, Harriet Taylor Upton, President of the Ohio Woman Suffrage Association (OWSA) and Treasurer of the National American Woman Suffrage Association (NAWSA), asked Hauser to become Assistant Treasurer of NAWSA. In 1903, the headquarters were moved to Warren, Ohio, where Hauser made extensive connections to other leading suffragists. When the headquarters again relocated, this time to New York City in 1909, Hauser followed and transitioned to Vice Chairman of the National Press Committee for the organization.

In late 1910, Hauser left her post in New York City to return to Northeast Ohio to organize Cuyahoga County women to achieve equal suffrage. She served as Director of the Cuyahoga County Women’s Suffrage Association, later known as the Cuyahoga County Women’s Suffrage Party. The organization developed strong grassroots support through their organizational framework and Hauser’s amiable character and aptitude for leadership, influencing socially prominent women of the region to attend lectures and luncheons supporting suffrage. The Suffrage Party collected 15,000 signatures to present at the 1912 Ohio Constitutional Convention, calling for a special election to vote on Amendment 23: Ohio women’s right to vote in presidential elections. Hauser registered as a lobbyist with the Ohio Secretary of State and campaigned in Columbus for eight weeks to push for the amendment. Despite her efforts, the campaign lost the vote. Though the 23rd Amendment was unsuccessful, it paved the way for further equal suffrage campaigns.

From 1914-1916, Hauser strengthened state organization efforts as the OWSA Literature Committee Chairman, and was chosen by Harriet Taylor Upton to be the Organizational Committee Chairman for the Cleveland campaign for statewide voting in 1917. The committee transitioned their focus from seeking an amendment to influencing “municipal rule” through local legislation, emphasizing the importance of congressional district support and changes in tactics.

Six months prior to the passage of the 19th Amendment, Hauser and other suffrage leaders transitioned the National American Woman Suffrage Association (NAWSA) into the League of Women Voters, to continue encouraging women to have informed and active participation in government and politics. Hauser co-founded the Cleveland chapter and was elected Vice President at its first national convention in 1921. Hauser and other women of the LWV pushed for world disarmament in the wake of WWI, and she became the chairman of the Committee on the Reduction of Armament by International Agreement. She continued as a journalist, writing editorials for the League publication, Women’s Journal, until 1929.