Anna Paltgroff of Warren married William Chapman Doud in Trumbull County on May 14, 1835. A son, James was born March 12, 1837 and a daughter Mary Elizabeth on Dec. 22, 1838. Sadly, William Doud passed away in Nov., 1838 and never met his daughter. Anna remarried in Nov. 1846 to livery man Peter Fulk who was in business with Anna’s brother in law. Peter was 13 years younger than Anna. Later that year Anna and Peter took charge of the Austin House, the first four story building in Warren. Mary grew up in the hospitality business, the 1850 census states her step father was a landlord and her grandparents Palztgroff was known in Warren for running hotels.  But her mother must have been a progressive woman because Mary was in the second graduating class of Warren High School in 1857. As there were only 6 in the class, it was obvious that it was not the norm to attend school. Nov. 20, 1860 Mary married Warren Packard, an up and coming businessman of Warren. At that time, they lived in a house on High Street at the corner of Elm, next to where the Mocha House is today, where he lived with his first wife and 2 sons that had passed away. Her 2 sons were born here. About 1867 the family moved to N. Park Ave., then known as Liberty Street, where the site of the Packard Block, next to the Park Hotel, is today. It is possible that the property was owned by her family. 2 daughters, Alaska and Carlotta, were born while the family lived here. The family lived on N. Park until about 1875 when their mansion at the corner of High and Mahoning was finished. It is possible that Mary’s grandparents were hoteliers at the Grater House at one time, the site of the mansion. The Grater house was considered the oldest building in the city until it was demolished for the Packard mansion.

The architect for the mansion was W.S. Matthews, a London-trained architect. It was quite possibly the largest home in the city with 34 room and a ballroom on the third floor. The home became the center of society for the next 25 years. And Mary Doud Packard was considered the hostess with the mostest. Of course, the parties were mentioned in the society columns on a regular basis. Her diaries note friends and family coming and going at all times of day and evening. The newest party games such as ping pong were introduced at a party at the Packard mansion. She was Warren’s equivalent of Mrs. Astor. Everyone wanted to attend the parties at the Packard mansion.

She also helped raise her grandson, Warren Packard II, WD’s son. The 2 of them moved back into the mansion after Annie Storer Packard passed away in 1895, when Warren II was 3, and WD paid his mother rent. In 1899 oldest daughter Alaska moved back home with her 5 years old daughter Esther. Her diaries are full of taking her grandchildren to school, getting them clothes, and taking them for rides. Esther did not stay long, by 1901 she was living in Columbus at a special hospital.

In 1874 Warren Packard and his brother decided to invest in a hotel in Lakewood, NY on Chautauqua Lake. Mary was involved with the running of this establishment according to family lore. As were the 2 boys who reportedly worked as bell hops. He sold the hotel after a few years but had also purchased some land along the shore line and 2 “cottages” were built. This became a very popular destination for the entire family. Taking the train from Warren to Lakewood was a regular trip for family and their friends, and their dogs, during the warm months.

So, imagine how surprised Mary must have been in 1882 when she had her 5th child at the age of 43. Her oldest son WD was 20 and she had a newborn, Cornelia Olive. Mary seemed to take it all in stride. She was a strong and faithful woman, a member of Christ Episcopal Church. Her attendance at church on Sundays and special days during Easter and Christmas is well documented in the family diaries. At that time the Christ Church (as it was known then) was located on High across from where St. Mary’s Catholic Church is now.

JW built the Packard Flats Apartments in 1902 and the family moved into them along with all the other wealthy families in town. Cleaning and taking care of huge mansions and keeping staff to do all that must have taken its toll. Mary probably was more than happy to move to a smaller place-downsizing. We still do it today. She was attending a supper at Christ Church on Oct. 8, 1903 when she had a stroke. She passed away a few hours later at her home in the Packard Flats.

Mary was an early member of the Political Equality Club, which was a forerunner of the Woman’s Suffrage Movement. Harriet Taylor Upton was another member of that club, as were her daughters and daughter in law Elizabeth Gillmer Packard. She owned property in the Warren and Cleveland area and invested in her son’s business when they started New York and Ohio Company.  When they want to build the Mahoning building on Market and Main, they had to discuss the plan with Mary Packard’s heirs as the building that was Packard Hardware was in her name. She was a very savvy business women and no one could pull the wool over her eyes, even her sons.

Mary Doud Packard is buried in her family’s cemetery, the Paltzgraff Cemetery, in Lordstown with her parents, brother and granddaughter even though her husband had passed away in 1897 and is interred in Oakwood Cemetery with the other members of the Packard family. 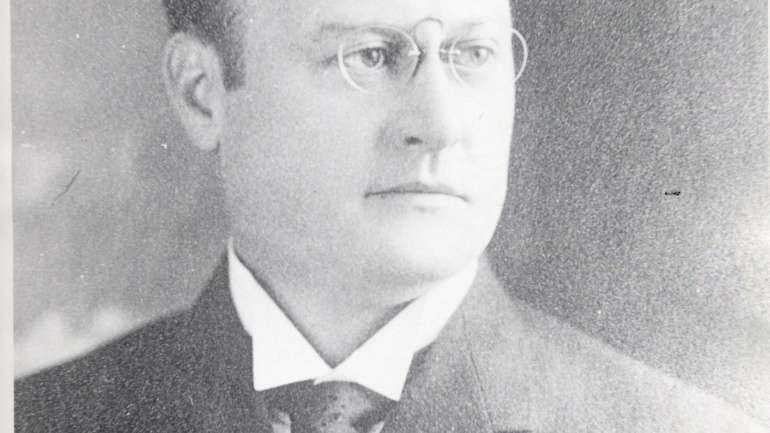