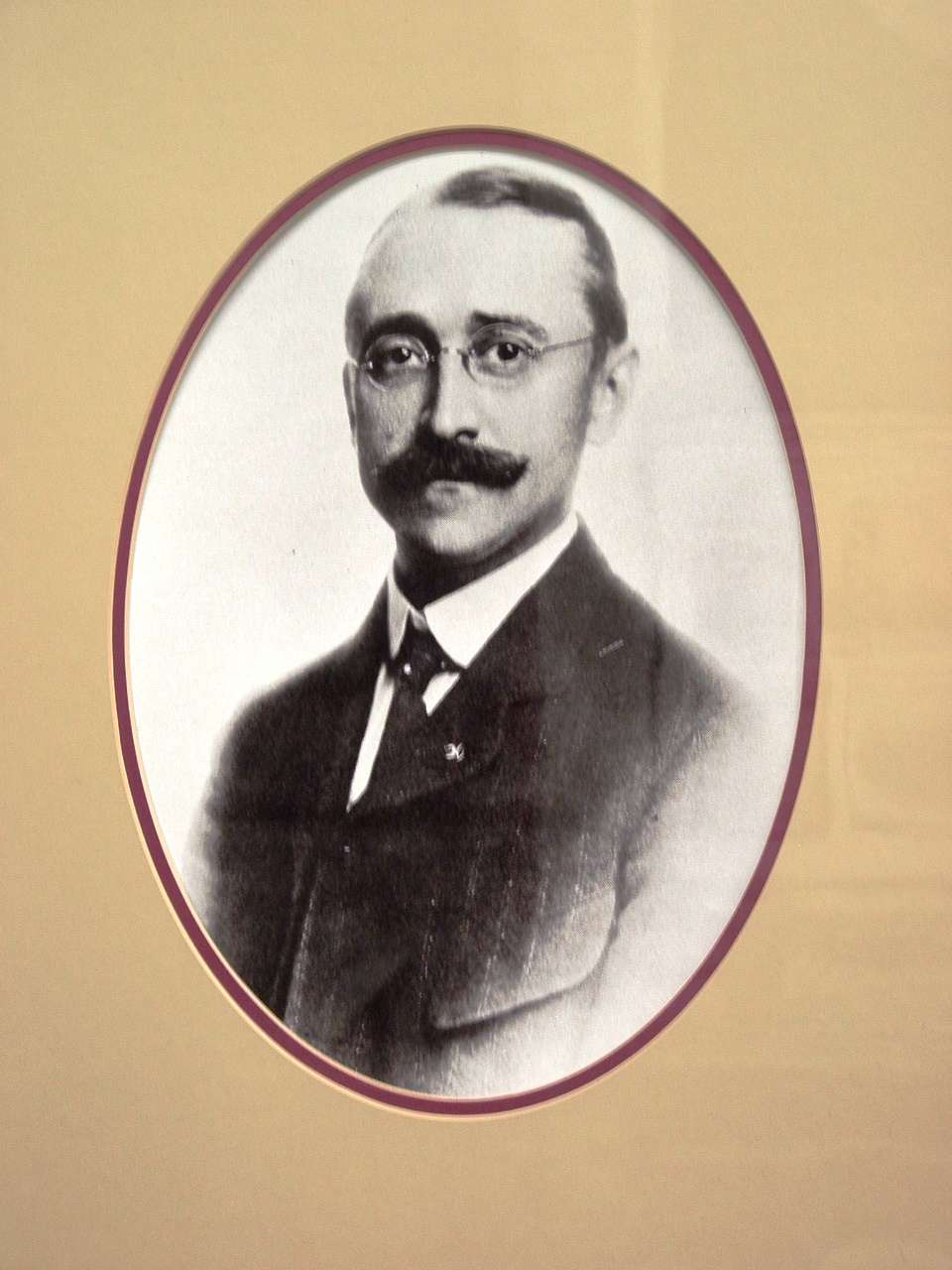 W.D. or Will as he was known to close friends and family, was the oldest of the Warren and Mary Packard children. He was born Nov. 3, 1961, 1 year after his parent’s marriage. He was extremely social, having many friends and belonging to many clubs-serving as an officer in many of them. He was a founding member of the Trumbull County Golf Club.  He went to NYC in 1888 to work at Sawyer Mann, a company that made light bulbs-or lamps as they were called in the business then. In Sept.,1889 he left for a grand tour of Europe. When he returned in Dec.,1889 he returned to Warren. He and his younger brother JW started a lamp business in June, 1890 on what was then North Ave., the Packard Electric Co. and its subsidiary The New York and Ohio on land purchased from Jacob Perkins.

1890 was a very significant year for WD.  Not only did he start his factory, he met Annie Storer from Boston when she came to Warren to be in the wedding of her college friend, Sally Woods. Sally was the daughter of Dr. Woods (Woods house on Mahoning Ave.) and she married Harmon Austin, who was one of WD’s closest friends. He visited Ms. Storer in Boston in the early part of 1891 and they became engaged. They were married in June, 1891 in Middleton, CT. and moved into a house on Elm Street that had belonged to his mother’s parents. They had one son, Warren II (named for his grandfather) in 1892. Unfortunately, Annie became ill in 1895 and passed away.

WD traveled extensively for business, taking the train east to Buffalo and St. Catherine’s Ontario and west to Chicago and St. Louis. In 1903 the lamp company became part of National Electric Lamp Association (NELA), which subsequently became part of General Electric (GE). The Ohio Lamp Division of GE remained at the corner of Dana and N.Park until 2014, making lamps on this site for almost 125 years.

Another business WD became involved in about the same time as lamps was wiring. Purchasing the property to the east of the lamp factory, he and his brother built up a wiring plant, Packard Electric.

A third business the brothers started together was the Ohio Automobile Company, building the first vehicle in the lamp factory in the fall of 1899, driving on Dana Street for the first time Nov. 6, 1899. With money invested in the company by wealthy gentlemen from Detroit in 1902, the company name was changed to Packard Motor Car Company in Oct. of that year and moved to Detroit a year later.

WD remarried in 1906 to Kathleen “Kitty” Bruder. By this time he had built a home on Mahoning Avenue on the river which he named Riverscourt. In 1911 he purchased 42 acres of land just north of his home and donated it to the city as a park. He hired his brother in law, a well known architect from Cleveland, Carl Foster White to design the shelter house and caretakers cottage. The park, the WD Packard Park, was dedicated July 5, 1915.

In 1920 WD and Kitty built a mansion and moved across the street at the corner of on Mahoning and North Ave. WD was slowly losing his sight and was essentially blind soon after moving into his new home. He lived in his new home only 3 years, passing away there in Nov. 1923. In his will he left money in a trust fund to build a music hall in the park after the death of his wife. Kitty Packard passed away in 1940 but with the onset of war, and legal issues due to specifications in the will that were not feasible by the late 1940’s the WD Packard Music Hall was not built until 1955. The WD Packard Band plays free concerts for the citizens of Trumbull County still due to the generosity of WD. He also left a trust to benefit the Salvation Army and the Boy Scouts that they still receive to this day.