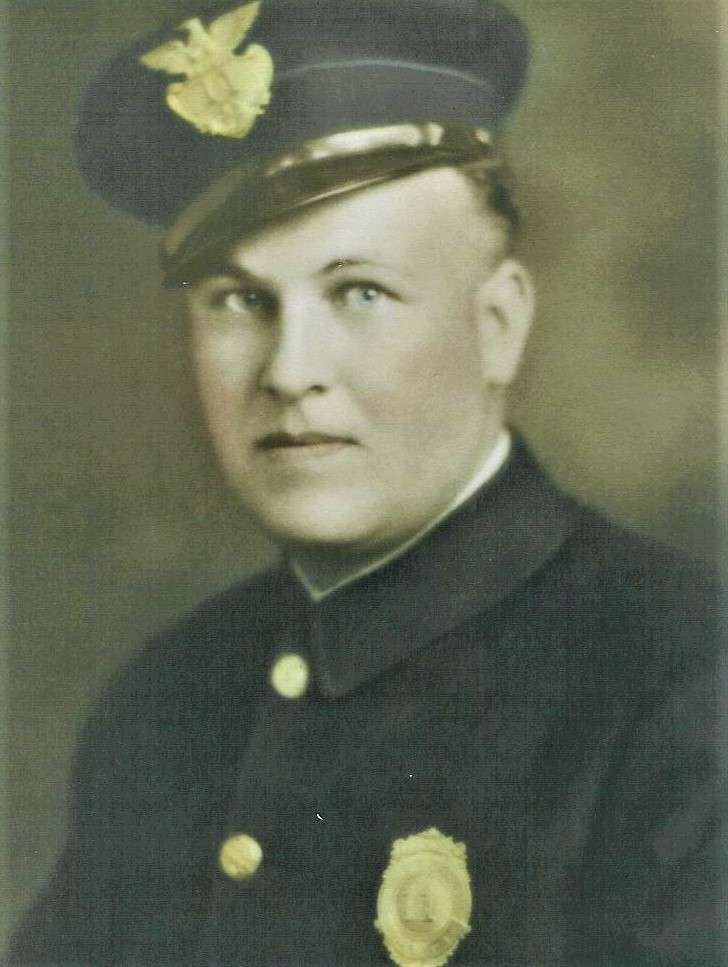 Patrolman Baker was sent to a speakeasy on Pine at Market Streets in Downtown Warren for a local drunken male tearing up the bar known for causing disturbances and fighting. When Baker arrived at the bar, the male told him he was ready to go and Bak.er knew him well because he was stationed to walk the downtown beat during his shift. Baker did not cuff the male, but instead walked him out of the bar to a call box to get a police wagon to pick him up. At that point the male decided he did not want to go to jail so he grabbed Baker in a bear hug and slammed him up against a light pole several times. Baker then grabbed his leather blackjack/sap and struck the male in the forehead until he turned him loose. Later while Baker was walking the beat, he began to cough up blood and went to the hospital. He seemed to improve, was sent home but later discovered that he broken a rib that punctured a lung. Infection set in and he died from his injuries a month later at the T.B. Hospital from pneumonia.

Baker was born in Lockwood, Ohio on April 14, 1897 and came to Warren from Orwell, Ohio in 1912. He was 35 years old when he died and served on the Warren Police Department for eight years starting in 1925. First serving as a special policeman and then becoming a regular policeman in early 1927. His funeral was held a Gillen Funeral Home in Warren and he is buried at Oakwood Cemetery on Niles Rd. SE in Warren, Ohio. Surviving was his wife, Verta and two sons Harlan and Irving Jr. The suspect was never arrested for his death.