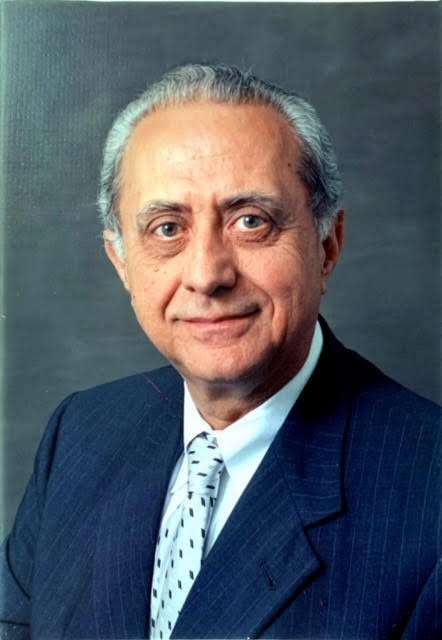 Frank R. Bodor was born August 18, 1931, in Warren, Ohio, to parents Anthony and Mary Kohler Bodor.  He graduated from Warren G. Harding High School in 1950, and in 1953 received a B.A. Degree from Capital University in Voice and Choral Conducting.  In 1956, he earned a Juris Doctorate degree from The Ohio State University College of Law.

As the son of a mail carrier, Bodor worked his way through college and law school with no student loans.  During his time at The Ohio State University, he served as the business manager for the Ohio State Law Journal and was a legal assistant to the Ohio Legislative Service Commission.  He also served as a research assistant and opinion writer for the Ohio Attorney General in 1955.

In 1956, after obtaining his Law degree, Bodor was appointed Ohio Assistant Attorney General and became trial counsel for various State Departments, serving under 3 successive Attorneys General.   Between 1956-1959, he tried cases in 76 out of Ohio’s 88 counties.

In his career, he developed an expertise in eminent domain law, having tried hundreds of appropriation cases and having established new precedents in various fields of law at the Ohio and Supreme Court levels thus establishing legal precedents that preserved the rights of citizens while limiting the powers of government.

Locally, he served as the City Attorney for the City of Newton Falls as well as the legal counsel for Warren General Hospital, the Village of Lordstown, Vienna Township, Lordstown Board of Education, Gordon D. James Career Center, Trumbull County Planning Commission, Warren YWCA, and SCOPE.  Between 1960-1967, he was instrumental in lobbying the legislature to create the existing municipal courts for Newton Falls and Girard, as well as the Eastern and Central District Courts of Trumbull County.

Between 1962-1972, Bodor served as director of music at Howland Community Church.  He volunteered his efforts to clean up and assist others in need after two major tornadoes devastated the region.  Along with other families, Bodor founded the Take Back the Neighborhood Committee, with the mission to improve and increase the safety of downtown Warren for its inhabitants.  In 2012, he was inducted into the Warren G. Harding High School’s Distinguished Alumni Hall of Fame.

Bodor, along with his wife, Gina, formed a school called Heritage Academy to enrich the educational experiences of local students in grades 1-5.  He served on the board at SCOPE as a member emeritus and legal counsel, Board of the Warren Philharmonic Orchestra, of which he was President at the time of his death; and on the Advisory Committee and legal counsel of the Warren YWCA, was a member of Rotary Club, where he was Chairman of the Adopt-A-School Committee, and a member of the Charitable Projects Committee and Invocation Committee.

In 2019, Bodor passed away at Trumbull Regional Medical Center of cardiac arrest due to arrhythmia. He left 5 grandchildren: Chiara & Alexa Bodor; and Alessandra, Francesca & Lorenzo Sheriff.