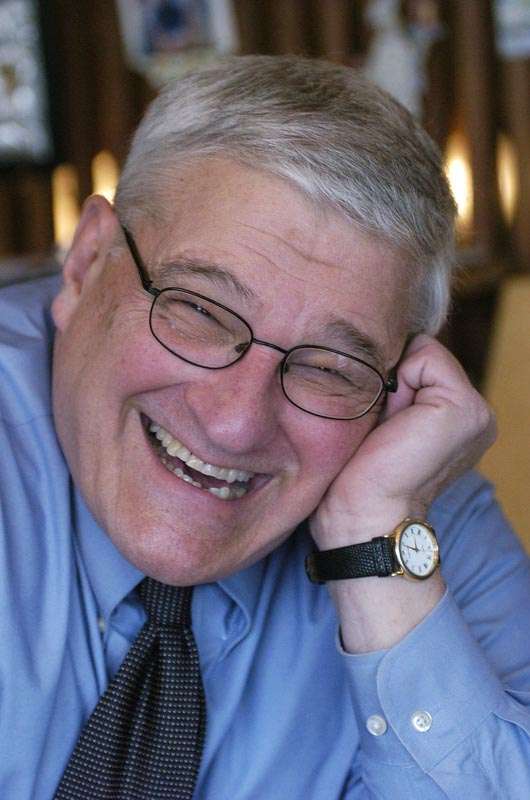 Submitted by the Economos Family

Jim Economos was born on October 29, 1938, in Warren, Ohio, the only son of Harry and Joan Econo-mos. Jim attended Warren schools from Garfield Elementary School to East Junior High School through Warren G. Harding High School, where he graduated in 1956.

Upon graduation, he attended The Ohio State University, but soon made his way back to Warren and en-rolled in Youngstown University (now Youngstown State University). During this time, Jim also served his country in the Army and received an honorable discharge from the Army Reserves, where he earned the rank of Captain. In 1960, Jim graduated from Youngstown University as a distinguished Military Graduate with a bachelor’s degree in business and began working alongside his parents and uncle Nick Economos in downtown Warren at the Saratoga Restaurant, which was founded in 1916 and acquired by the Econo-mos brothers in 1935.

In 1961, Jim married the former Joan Pompos in Pittsburgh and they made their home in Warren, raising four children, Dorian, Chrisi, Jennifer and Eric. Under Jim’s leadership, the Saratoga expanded in 1969 to include full-service, off-site catering.

As Jim’s family grew, he became increasingly involved in the Warren community. He received many awards, recognitions and accolades but is best remembered as a dedicated community leader, a com-passionate citizen of Warren and a staunch supporter of the Warren City Schools. Jim was especially passionate in his involvement with Trumbull Mobile Meals, St. Demetrios Greek Orthodox Church and Community Center, the Trumbull County Tourism Bureau, The Trumbull 100, the Packard Park Board of Trustees, the National Packard Museum and the Warren Football Association. In 2009, Jim was named a “Community Star” for his commitment to Warren.

He was also the definition of a true sports fan and held season tickets for the Cleveland Cavaliers (contin-uously for 45 years from the time they began play in 1970), the Pittsburgh Steelers and Warren G. Hard-ing Panthers/Raiders football. He was also in attendance for hundreds of college basketball and football games over his lifetime.
Jim died peacefully at his home on April 20, 2015, with his family by his side. The impact of his life, his caring and compassion, and especially the love he had for Warren will be remembered and continue to impact the community. A little more than a year after Jim’s passing, the Saratoga Restaurant celebrated its 100th anniversary by hosting a gala that closed East Market Street on the evening of Saturday, July 23, 2016.

His legacy is carried on by his children and their families, all of whom continue to reside in the Warren area. In 2015, Jim’s daughter, Jennifer, founded Light Up the Square, an organization which honors and remembers Jim by combining his commitment to the city of Warren with his love of Christmas lights. Each holiday season Warren’s Courthouse Park, just steps from the Saratoga Restaurant, is beautifully deco-rated in Jim’s memory, with many thousands of Christmas lights. Light Up the Square also ensures that Warren residents and visitors will enjoy the magic of the holiday season for years to come.

Today, the Saratoga Restaurant and Catering maintains its historic charm with high-backed wooden booths and other features installed in 1928. Seasonal decorating and historic photos complete the picture of a successful, historic and much-loved establishment that is managed by Jim’s son and daughter, Eric Economos and Chrisi Economos. The siblings became partners in 1988 and today proudly carry on the fine tradition of the Saratoga Restaurant and Catering.