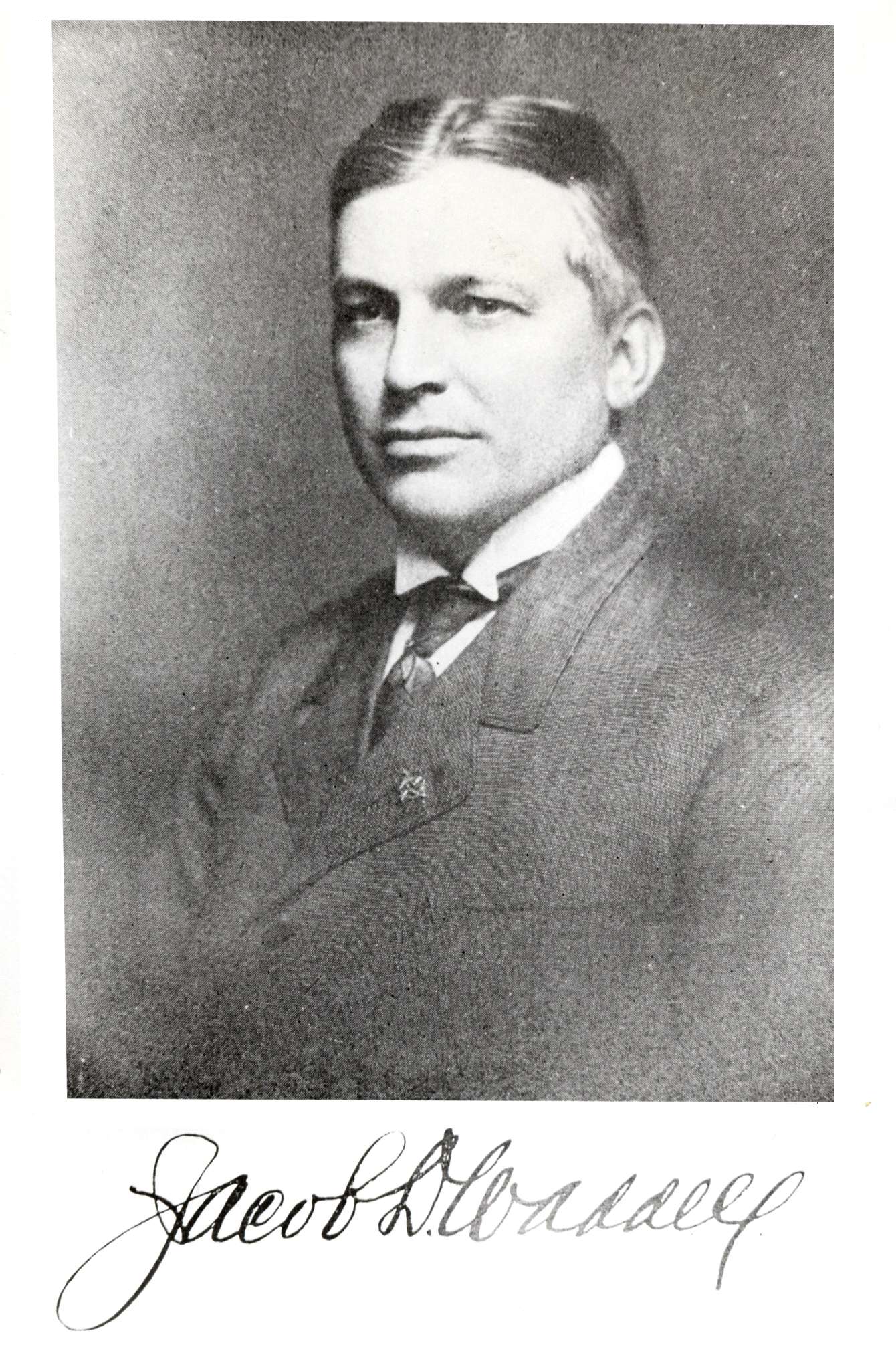 Jacob Dilger Waddell (1870-1939) was born to John Waddell and Catharine Waddell (born Richert) in Trumbull County. Jacob spent his early life on a farm and his career was in the iron and steel industry.

He organized and headed the Mahoning Valley Steel Co. with W. Aubrey Thomas and Thomas E. Thomas. In 1924 he resigned his position to purchase and restore the old Empire Mill (demolished during the Depression). Mr. Waddell continued his leadership in Niles serving as President of the Niles Bank Company and first Director of the Mahoning Valley Sanitary District.

Jacob Waddell. In July 1929 Jacob D. Waddell presented the city with 52 acres of land for a municipal park- Waddell Park , located just outside the city limits between Park and Warren Avenues and on both sides of Lovers Lane with over 100 acres of land he had purchased from the George Tiefel farm on Park Avenue. Plans to improve the land with electricity and sewage began immediately. By June 1930 a new baseball field was dedicated with Mrs. Waddell throwing out the first pitch.