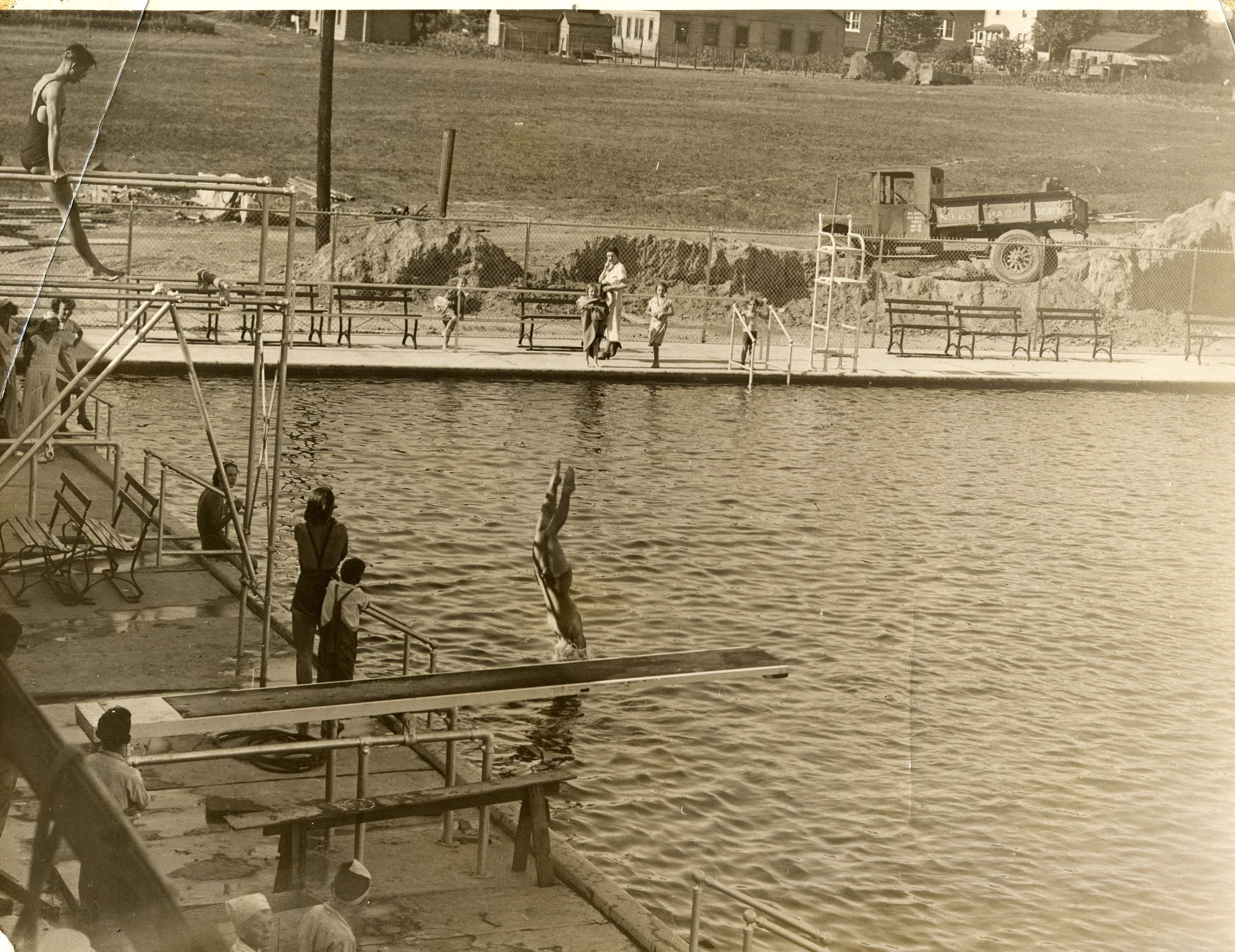 In July 1929 Jacob D. Waddell presented the city with 52 acres of land for a municipal park located just outside the city limits between Park and Warren Avenues and on both sides of Lovers Lane. Plans to improve the land with electricity and sewage began immediately. By June 1930 a new baseball field was dedicated with Mrs. Waddell throwing out the first pitch.

The Federal government announced a public works program offering to pay 30% of the cost of projects that would give work to the needy. The first concrete was poured in February 1934 and work began as soon as construction material arrived.

The pool was dedicated July 25, 1934. The newspaper stated, “today marks a noted change from an unsanitary dirtied water creek swimming hole to the most modern and up-to-date pool.” Niles had one of the most outstanding, modern, and largest civic pools in the state.

In the morning various groups could swim for free. Tuesday mornings were for children from playgrounds east of Mosquito Creek and Wednesday was for those from the West side. All other times admission was $.20 for adults and $.10 for children.  Rules included compulsory showers and no boisterous play or smoking was allowed. Bathing suits had to be clean, modest, and meet the approval of management. The wearing of swim trunks without shirts was not permitted.